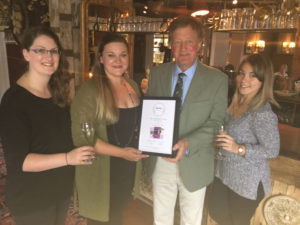 We have won best in the West Midlands!