History of The Fitzherbert Arms 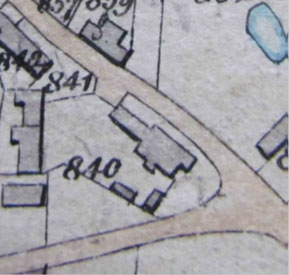 Swynnerton appears to have been settled in Saxon times. The Swynnertons were Lords of the Manor from the Norman period to the 16th century, when Elizabeth Swynnerton married Sir William Fitzherbert. The village was granted a market in 1306 and there appears to have been a manor house on lower ground to the south before it was destroyed in the Civil War. Rebuilding began after the Restoration of 1660 on the site of the present Hall, and it is understood that many of the buildings in the village were moved north to make way for the new Estate. The present Hall was built between 1725 and 1729 by the mason, Francis Smith of Warwick, and a park to the south of the Hall landscaped by Lancelot (Capability) Brown in 1758 and completed by James Trubshaw in 1810.

The earliest map of any scale showing Swynnerton, that by Yates of 1775, is of too small a scale to enable identification of the buildings on Main Street. However, the tithe map of 1849 shows a roughly rectangular building at plot 840 with a smaller rectangular building to the north, believed to have been a cow barn. W. Blakeman is listed in the 1834 Directory as a victualler at the Fitzherbert Arms and an assistant overseer, presumably using this building. George Blakeman, presumably a relative, is listed as a butcher. By 1851, George Blakeman had taken over running the pub. He is listed in the Census return as a farmer of 49 acres, innkeeper and butcher and William is listed as a visitor and also a butcher and innkeeper. George was listed at the Fitzherbert Arms in 1861. His son, Reuben, was a draper and his daughter, Pleasance, was a barmaid. By 1871, George appears to have died and the pub had been taken over by his wife, Rebecca who was still running it in 1881 but not by 1891. The Pub was later leased on a sixty year lease and went through many owners and lessees. 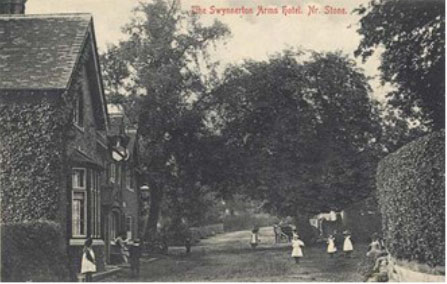 The lease finished in 2015 and returned to Lord Stafford’s estate from Enterprise Inns. It was immediately closed while a new lessee was found and now by February 2016 will be restored beyond any former glory and will be open again for business.